Tattoo and its Cover-ups in Tampa FL 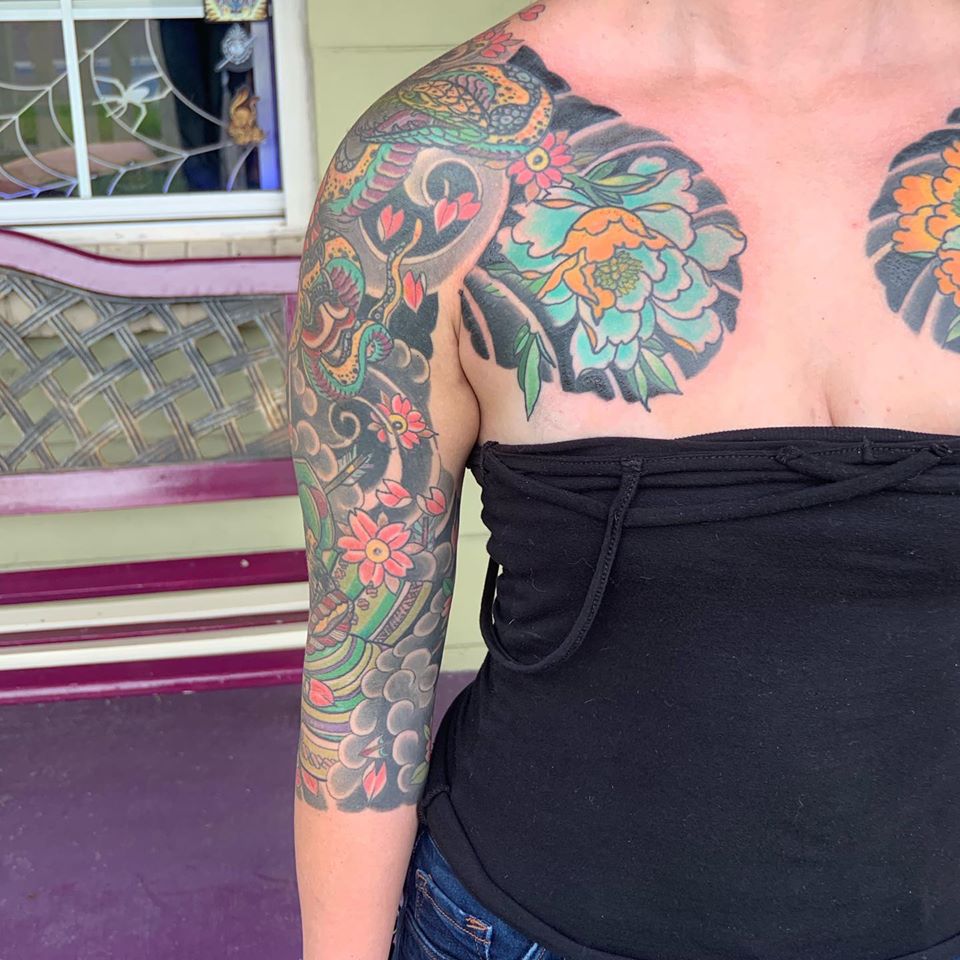 Let’s briefly discuss about the tattoo first. The tattoo is a design made on an individual skin to show different attributes and attitude towards particular’s life. It is made by using ink, dyes, or any other substance that alters the pigments of the dermis.There are two types of Tattoos, a Temporary Tattoo which is a decorative design that remains visible on the skin for a short period of time while a Permanent Tattoo remains visible for lifetime.

A process used to create the temporary tattoos is named as screen printing that presses the tattoo on paper coated with transfer film acting as a sticker and finally that sticker is placed carefully on an individual’s body.A Permanent Tattoo is designed using different inks and dyes; it is actually a more careful procedure as it carries a lifetime value for an individual. This tattooing is done by injecting needles and puncturing the dermis.

Now comes the main question, how to get tattooed?

Tattoo is carefully designed under an expert eye which is named as a Tattoo Artist; a tattoo is designed by injecting different inks and dyes into the skin known as the dermis.Soon after, when those inks/ dyes/ pigments are dispersed, it activates the immune system to engulf the pigment particles as they are foreign bodies to immune cells after that healing takes place.

The damaged part of skin is healed by collagen fiber growth; this mends the epidermis where pigment remains trapped ultimately below the skin resulting in a design which we name as a tattoo.

In the proceeding discussion, we talked about what is Tattoo and how to get it, but more important is to know about the cover-ups, so basically if you got a tattoo which makes you regret regarding these aspects.People usually regret after getting tattooed regarding “It is poorly inked”, “Tattoo at the wrong location” and most commonly “changing the motif that tattoo no more represents me”.

So it’s challenging to get your Tattoo removed but neither it is impossible, either you get your Tattoo removed or get a cover-up tattoo being aware of using the essential things and make the best results out of it.Tattoo cover-up is inking of the Tattoo on the same part of the body or above the Tattoo that one wanted to get it removed.If the previous Tattoo is inked with lighter ink, so the artist must use darker dyes and inks to hide the one tattooed before effectively.

Usually, tattoo cover-ups require a lot of efforts and creativity of an artist, so it is expected to pay 125$ per hour.It is not an easy thing to cover-up a tattoo entirely so if you see a hint from old Tattoo, nothing to worry about it is typical, sometimes your tattoo artist has made such good cover-up using their creativity that one can think it is a fresh new tattoo.

Let’s have a short look at history of tattooing; Tattooing was practiced hard from quite a long time.Once a body was found, with many tattoos in the Alps, in Taiwan and the South of China the tattoo designing was widely practiced using pioneering technologies,Other tattoos include hunting tattoos, traditional tattoos, and even facial tattoos were practiced, India also has a great history of body modifications and tattooing from hundreds of years.

They also used to engrave different designs on maze rocks, and they used to design cultural symbols on an individual body.Europe also has a great history of tattoo arts, an Inuit woman was found with facial tattoos, which they placed in Netherland afterwards. We all know the ancient history reads that tattoo artist was in high demand in port cities due to the sailor who used to get a tattoo as their sign-in Europe and America. A German opened the first professional tattoo shop in New York in 80’s.

AFTERCARE OF A TATTOO

Once you get tattooed there are several steps to be taken in order to avoid serious health, after getting the Tattoo is designed, one should remove the bandage after 24 hours.Washing your Tattoo with antimicrobial soap will be useful, applying the layer of antibacterial ointments and washing the Tattoo several times with soap and pat dry gently.

We can also use sterilized, germproof layer for the protection of your new tattoo. It helps to protect our tattoo from contamination and also protect our clothes and surrounding from excess blood and ink.Getting tattooed is easy but sooner and after it shows some adverse effects if not handle correctly, the tattoo can cause serious health risks regarding a individual skin and can also cause fainting.Getting tattooed by an amateur may result in severe infection due to the use of unsterilized equipment or using the contaminated ink or dye, causing skin or fungal infections.

In the above sections we have discussed every aspect of tattooing that an individual might know including how to get tattoo/ how to avoid serious health risks  and how to use tattoo cover up in order to avoid or hide the previous tattoo.I want to summarize here is Covering up of an unwanted tattoo, sometimes we get tattooed, and after a couple of time, we want to cover up the Tattoo and get a new one instead.

Covering up your tattoo is a good option then getting it removed as the creative artists have the capability to create such designs over a pre designed tattoo that any other person will be unable to figure out that it is a cover up.Getting your favorite symbols or signs is a cool thing in this modern era and remembering our special piece of advices you will get smoother experience.

I think it was enough information about tattooing for a day, and I hope this information felt useful to you in case of any query or confusion feel free to comment below.