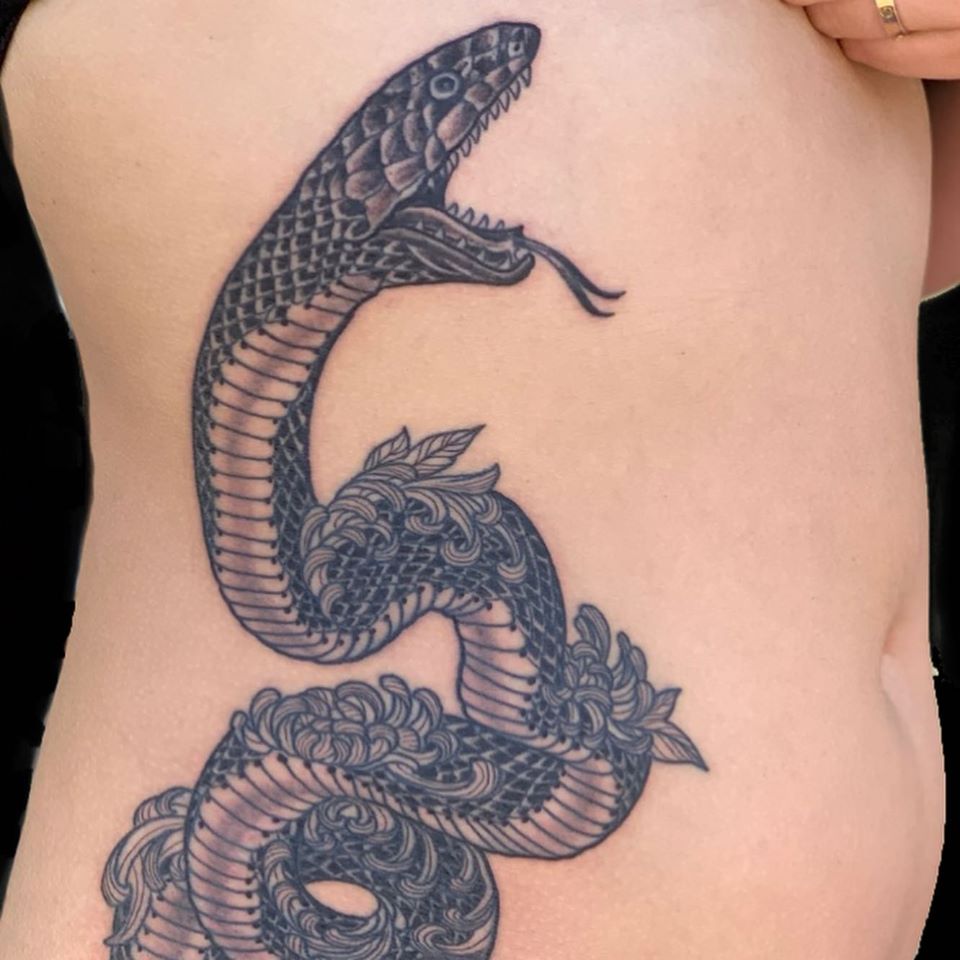 A tattoo is a form of body modification where design is made by inserting ink, dyes, and pigment into the skin’s dermis layer to change the pigment, either permanent or temporary. Tattooing is an art of doing tattoos. Tattoos are broad fall into three categories, purely ornamental, symbolic, and picturesque.

A tattoo is a print or design made on an individual’s skin to show the attitude of the individual towards every aspect of life. There are numerous types of tattoos on offer worldwide. In addition to the attractive designs, there are various tattoos lettering a style that has been taken the world of tattoo makers and wearers by storm. Tattoo lettering primarily reflects the wearer’s style and attitude to a considerable degree. Mainly lettering tattoos can consist of different fonts and writing styles.

These tattoos fonts are large in variety, and can, therefore, be selected according to an individual’s needs. Each and every individual gets to choose their preferred style because of the large number of fonts available. Lettering tattoo is relatively new art as compare to traditional trend design. Different rends are being used by people around the world considering lettering tattoos. Simple alphabets forming individuals’ initial can very adequately emphasize an individual dedication to some important one. A single or particular word can have a very profound and equally powerful meaning in any language, including English.

Various tattoo writing trends are currently in vogue, some of the most popular tattoo-related trends are old English tattoo lettering styles and Chinese lettering tattoo styles. These styles are ancient and gain a rapid pace in popularity due to the exquisite look they project. These tattoo lettering styles open up a wide range of options for choosing the form of different people. A tattoo font used by a good artist can add to the beauty of the tattoo and make it look exquisite, luxurious, and beautiful.

A lettering tattoo font can also be chosen from many available tribal lettering fonts. In general, tribal tattoos and designs are symbols and alphabets of the language of different tribes, both ancient and modern, from around the world. In nature, these fonts are explemary and fantastic to look at. They give an appearance of mystery and adventure to the tattoo wearer. There are various pictures of tattoo lettering and flash tattoo lettering available throughout the internet and worldwide with tattoo designs. An individual should not dismiss different details, including the space between two alphabets. These details may be seen by two trivial but speak lengthy about the designer’s experience and skill. The person who wants to get the lettering done should also have some basic research through the different books and similar other resources.

There are many fonts used in tattooing. The letter used ranges from small letters to capital letters large and fancy. These alphabets are usually swirls, scrolls, or banners, which are enclosed. Every single person who calls himself a tattoo artist must be well equipped with different techniques used to use letters in the tattoo. The tattoo letterings were always an essential part of the tattoo business. The tattoo design speaks volumes about the individual lifestyles and attitude alongside their preferences.  Choosing the perfect type of letter can be a tough task. Thus, it should be known that the most common and perhaps most common styles of tattoos are scripture and lettering in block letters.

It was observed that individuals tend to modify different designs to suit their personal choices. This tattoo customization helps individuals better connect with their tattoos.

A person must pay close attention to the skill of the tattoo artist, in addition to selecting the tattoo design. Tattoo lettering is a very skilled process, and can therefore not be done by an amateur or an inexperienced individual. Thus an individual should take care and check the tattoo designer’s experience.

An individual should also bear in mind the tattoo purpose and then select the design that suits him or her best. In general, a tattoo is made on the part of the body that is generally visible, and that text should be selected accordingly. There are famous personalities that have tattoo letters done on their forearms or other parts of the body. Tattoos with lower back incorporating tattoos are also popular.

Tattoo letterings graphic art is a much more technical handbook for the professional artist as it introduces how tattoo styles inform other visual arts. Topography, calligraphy, and colorful design fans will certainly learn techniques that can apply to their projects, and for those aspiring to design tattoos, or working with them already.

There are numerous available tattoo designs; AMBIGRAMS are the latest, and perhaps the best forms of tattoos being used. An AMBIGRAM is essentially a word written in such a way as to be able to be read in any direction. AMBIGRAMS are relatively new but are gaining in popularity in large part. They can be quickly deemed as the latest craze in the tattoo industry.

Tattoo font size for lower case letters should be a minimum of 0.5 cm in height and a minimum of 1 cm for capital letters. The fact is, everything is technically feasible, but a tattoo will expand in time, and all messages will probably use in one stain. The lettering tattoo price is per letter, with one short word tattoo covering 2 to 4 square inches running from $ 50 to $ 200, depending on the letter-size and usually takes an hour.