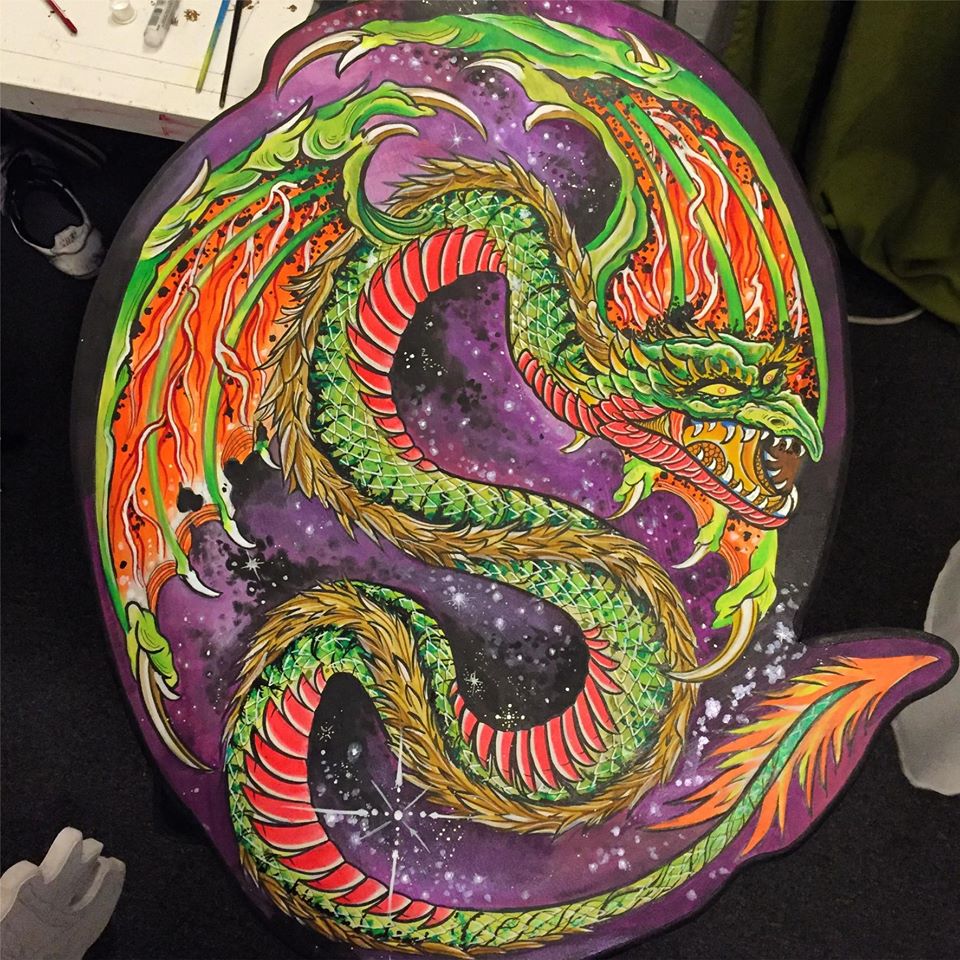 A tattoo is a design suggested by a tattoo artist to an individual to engrave it on their skin and wear it as a sign, symbol or it may holds their religious values.There are several types of tattoos that include signs, numbers, letters, symbols and many more. These tattoos can be either temporary or permanent; a temporary tattoo remains visible on the skin for a small viable time.

While the permanent tattoo that hold a life time value to the individual and these designs made by different dyes or pigments using needles, and it is done manually by a tattoo artist.This particular type Japanese Dragon Tattoo is symbolized as their traditional tattoo, which has symbols of wisdom, faith, strength, wealth, and their ancient history.

This tattoo mostly has signs of dragons and phoenixes, which shows the rich past of Japan and their cultural values.This dragon sign in their tattoo represents their cultural mythology for hundreds of years, they were destructive and guardians at the same time. People use to get tattooed to represent balance in their life.

These Japanese dragon tattoos were highly influenced by Chinese dragon tattoos, which are particularly depicted as significant, serpentine creatures with clawed feet.This love for dragons is also traditionally associated with their Buddhist Temples due to the myths about dragons live in ponds and lakes or near the temples. Temples like JAPANESE TOPONYMS involves dragons.

Getting Tattooed? Here are few tips.

After discussing about permanent and temporary tattoos, we came across the case of getting a permanent tattoo.So a permanent tattoo is designed by a professional tattoo artist who uses dyes and usually black ink that is penetrated in deep skin known as the dermis, which is a layer underlying the epidermis.

Soon after, injected pigment is dispersed; it activates the immune system to engulf the pigment particles as they are foreign bodies to immune cells after that healing takes place. The damaged dermis is healed by collagen growth.Then it recovers the skin where pigment remains trapped ultimately below the skin resulting in a design which we name as a tattoo.

History and its types.

Old tattoo forms includes: hunting tattoos, traditional tattoos, and even facial tattoos were practiced; India also has a great history of body modifications and tattooing from hundreds of years.People use to design different symbols on maze rocks, and they used to design cultural symbols on an individual body. Europe also has a great history of tattoo arts. In 1565 an Inuit woman was found with facial tattoos, which they placed in Netherland afterward.

We all know the ancient history reads that tattoo artist was in high demand in port cities due to the sailor who used to get a tattoo as their sign-in Europe and America. A German opened the first professional tattoo shop in New York.Then this practice goes on, and by 80’s, there were many self-claimed tattoo artists as it gets high in demand skin mural trade, and it went so on and so forth.

After getting a tattoo designed, one can surely take these precautions to avoid any serious risk or injury; one should not remove the bandage too quickly.Cleansing your tattoo with antimicrobial soap will be useful, applying the layer of antibacterial ointments and washing the tattoo several times with soap and pat dry gently.

You can also apply a sterilized layer which will help as an after care for your tattoo. It helps to protect our tattoo from contamination and also protect our clothes and surrounding from excess blood, ink, or fluids that are normal byproducts of healing a tattoo.Some health issues: After getting tattooed, sometimes it results in an infection or serious health problem, some individuals get skin allergic because it is concerned with the breaking of skin barriers.

The tattoo can cause serious health risks regarding a person’s skin tone and sometimes even cause liver problems.Getting tattooed by an amateur might result in severe infection due to the use of unsterilized equipment or using the contaminated ink or dye, causing skin or fungal infections.Using dark colors such as Red Ink causes skin and flesh damage resulting in the amputation of a leg or an arm.

In the proceeding discussion, we discussed about tattoos and their health measures. We discussed about Japanese traditional tattoos.I’m summarizing my discussion with a shorter note on covering up of an unwanted tattoo, sometimes we get tattooed, and after a couple of time, we want to cover up the tattoo and get a new one instead.

In ancient times people used to get traditional and symbolic tattoos consisting of letters and numbers but as the time progress peoples are getting updated and the tattoo artists have also evolved their tattoo collection.Before the modern era, the tattoo design decision is made by the artist. Still, now a day’s customer brings the design of his choice, and even tattoo artists have learned multiple models giving the customer the eligibility to select their favorite from the broad category of designs.

Before this modern day era the traditional tattooing was done manually by hand but as time progress it all become directed towards new machinery and modern updated tools to get your tattoo placed in a right way and enhance the user experience.